In 2014, for instance, the NPR reported that there were 650,000 war vets who were being treated for opiate addiction. These soldiers are not unfamiliar with painkillers as they were these opioids during wartime when they were wounded or injured. The report said that substance abuse is more pervasive among soldiers compared to civilians.

Thousands of veterans in the United States are struggling with a dark secret. And the situation is doubly hard for them considering that they are used to being in control. When they find themselves on a slippery slope that they can’t seem to get off from, it only adds to their dire misery.

However, this is not indicative of the true figures considering that thousands are also suffering in silence rather than contact the Veterans Affairs to help fund the treatment.

A study published in Epidemiologic Reviews in 2015 showed a drastic increase in alcohol abuse and binge drinking among the troops between 1998 and 2008. Troops at the frontlines during the Iraq and Afghanistan wars were understandably more vulnerable compared to non-combat personnel.

Previous studies focused on post-traumatic stress disorder (PTSD) on war veterans and not only substance abuse as a result of their experiences. Their situation becomes even more complicated when they return home and they could no longer recognize the country they were defending and no longer connect with their own families.

Unfortunately, a very high number of veterans end up on the streets. The number peaked in 2010 when the Housing and Urban Development estimated around 74,000 war veterans were homeless. This dropped to 40,000 in 2016. Still, this makes them vulnerable to being victims of crimes of active participants themselves.

But the solution is not as simple as providing them with a free shelter.

The Department of Veteran’s Affairs (VA) has a program for drug dependence rehabilitation. This is designed to help our troops with various medical detox treatment and behavioral therapies to help them gain sobriety.

What are the requirements for eligibility?

Soldiers with dishonorable discharge won’t qualify for this privilege.

The takeaway for this programs is that the government is aware of the extent of the problem. Soldiers who are going back home are at risk of abusing illicit drugs and prescription opioids. The US Department of Defense actually designed programs to combat the rising substance abuse among military personnel during the 1980s. As a result, the number of cases dropped to 3 percent in 1998 from a high of 28 percent in the 80s.

Then the numbers soared again as shown by the Health-Related Behaviors Among Active Duty Military Personnel survey by the Department of Defense released in 2009. According to the results of that survey, about 11 percent of the troops had confessed to using illicit drugs in the previous month. At the time of the survey, the prevalence rate was double than the civilian population (in the age group 18-64), which was 4.4 percent at that time.

Aside from alcohol, the most commonly abused substances are prescription painkillers. The system itself can also be blamed because of the lenient prescription of medication for combat soldiers when they complain of chronic pain or migraines, for instance. In a survey from 2001 and 2009, the percentage of vets being prescribed with opioids rose from 17 percent to 24 percent. In the same vein, the number of prescriptions to alleviate chronic pain increased four times during this span.

In terms of drugs, the most common are oxycodone, hydrocodone, and codeine. Marijuana is also right up there in the list of most abused substances. Those who are also suffering from a mental illness on top of their substance dependence are more likely to receive prescription opioids.

Insurance for Veterans for Addiction Treatment

But what if you are ineligible, what are your options?

Even private insurance companies offer military insurance, which will drastically reduce the cost of drug and alcohol treatment. State governments also have their own programs to help active and retired troops manage their addiction.

Health insurance providers are also extending their treatment coverages to include veterans. This was made possible through the Obamacare or the Affordable Healthcare Act, which directed insurers to open up their coverage programs to include mental illness and drug or alcohol rehab. Prior to the law, insurers routinely jacked up the prices for rehab insurance.

Also, private treatment centers also offer special financing programs for veterans who are seeking help for their addiction. You can also call up these rehab centers to facilitate your insurance for you. The insurance verification process is a part and parcel of their services.

Some of the financial assistance programs include suspending payments until the patient is well and fit to work. He can then use his salary to pay the cost of rehab on an installment basis.

In some cases, military vets are also suffering from a mental health condition that only amplifies their substance abuse problem. This symbiotic relationship between the drug or alcohol dependence and mental illness is called dual diagnosis. In this case, the rehab center needs to address two problems at the same time.

The common protocol, however, is to flush the patient’s system first to remove all of the toxins through medical detox. Then the behavioral therapy can commence. Once the addiction is managed, the center can then proceed to address the mental health issue. 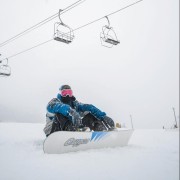 I am a professional writer mainly in the fields of mental health, addiction, and living in recovery. I attempt to stay on top of the latest news in the addiction and the mental health world and enjoy writing about these topics to break the stigma associated with them.

Five Cost-Saving Tips for Your Next Home Improvement Project

6 Reasons Why You Need to Hire a Reliable Family Lawyer

Check Also
Close
By PatrickBailey
All (2)