Phone insurance can help make sure your device is protected in case it gets accidentally damaged, lost or stolen – even after the manufacturer warranty period has ended. Protect your new mobile phone so that you can live worry-free, and get back to doing the things you love.

Should You Get Mobile Phone Insurance?

Yes, but only if:

Buying phone insurance can mean you don’t end up paying for an existing contract and a new phone at the same time, in the event you lost your phone or it was stolen.

It can also cover the cost of manufacturer parts for repairs, so that you avoid using non-manufacturer-approved parts that could prevent you from being able to take out insurance in the future.

Third-party phone insurance policies can sometimes work out cheaper than the insurance cover quoted by the phone manufacturer or network provider.

Phone insurance may offer financial cover for things like:

What’s offered as part of a standard phone policy and what’s offered as full cover or opt-in coverage will differ depending on the policy provider – it’s best to read the policy documents carefully before taking out insurance with your chosen provider so you know what will be covered.

Most mobile phone policies come with cover that is not included with standard contents insurance. For example, you can claim for the cost of replacing downloaded music, apps or games if your phone needs to be replaced.

You also get a faster claims service with a mobile phone policy, so you get your replacement phone in a matter of days.

What about unauthorized use?

Some mobile phone policies cover the cost of calls, texts and downloads if your phone is lost or stolen.

Not all insurers include cover for unauthorised use, so compare products if you need to find cover for this.

Most phone insurance providers will have clauses written into their policy documents which say that they won’t offer cover for things like:

You should always read the policy wording and policy summary documents carefully before taking out cover with a phone insurance provider so you know what won’t be covered.

Are there any Exclusions?

Policies usually exclude specified situations where the insurer will not pay your claim, including:

You may also be limited to the number of claims you can make on your policy, although some insurers offer unlimited claims for an added price.

Arranging mobile phone cover through your home insurance can be a simple and cost-effective option, but remember there are some downsides to consider.

A claim is likely to take some time to process, potentially leaving you mobile-less for some weeks. You may also not be covered for specialist things like unauthorised calls and data downloads.

Excesses and no claims bonuses

When covering your mobile phone it’s important to remember that you’ll be liable to pay the excess attached to the policy, so make sure you know how much you’re on the hook for.

In some cases the excess could be higher than the cost of replacing the phone, in which case it may be worth paying to replace the phone yourself.

What if you haven’t got Phone Insurance?

If you haven’t got mobile phone insurance and your phone is damaged or faulty due to a manufacturing problem, it’s best to check your manufacturer warranty first to see if it’ll cover the cost of repairs.

If you’ve damaged your phone and the damage isn’t to do with manufacturing and you didn’t have an insurance policy before the phone was damaged, you won’t be able to claim on insurance.

Most phone manufacturers will offer out-of-warranty repairs, but these usually come at a high price. If they are able to fix the device, they will do so using manufacturer-approved parts which means that you could still be eligible to take out phone insurance and protect your phone in the future.

And if your phone was lost or stolen and it’s on a contract, you’ll most likely have to buy a new or second-hand sim-free handset and continue paying the contract until the end of your original deal. Alternatively, you could pay off the remaining contract balance – if this is an option – to end the deal early.

It may not seem like a lot of money when you think about how much insurance will cost you per month. However, when you add up how much you’ll paying over a year or two, it ends up being quite a lot.

Plus, you’ll also need to add on the deductible you’ll still need to pay when you get your phone fixed.

If you’re prone to dropping your phone within the first few months of buying it, then cell phone insurance may very well be worth it. But, if it’s been over a year and you haven’t had to use your insurance yet, you may want to rethink paying for it.

Your feedback is important to us to improve our services. We constantly seek feedback to improve and evolve our service, whilst identifying opportunities to assist clients in realizing their business objectives 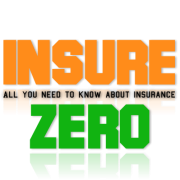 If there is anyone dependent on your income - parents, children, relatives - you need life insurance.

What is the Significance of Commercial Freezers in the Market?

5 Mistakes to Avoid When Designing and Building a New Home

8 Ways to Make Your House Safer For Children

How do you qualify to sell your life insurance policy?

Back to top button
Close