It’s easy to romanticize being an entrepreneur. You become the captain of your fate. You answer to no one but yourself. Really, when we were kids, how many times did we pretend to be the boss of some huge company? How we beamed at the earnings we made from selling lemonade or from our own garage sale?

But there’s a dark side to running a business, and one that is often overlooked by the industry: mental healthcare.

The constant pressure of making sure the business stays afloat, the added burden of knowing you are responsible for the livelihood of your workers, and the increasing isolation caused by always trying to chase profits-all these will exact a high price on the business owner’s health.

The UK’s Federation of Small Businesses (FSB) ran an internal survey of the most common issues that forced owners to seek help. In that study, 17% of the respondents were struggling with mental issues. Another 6% were dealing with cancer which, in all likelihood, is caused by stress.

Everymind, formerly The Hunter Institute of Mental Health, has claimed that small and mid-sized business (SMB) owners are more likely to suffer from mental health issues compared to the general population. In the survey, more than 8 in 10 of the total 442 respondents revealed that they usually bring their work home, leaving no place to spend quality time with their family. Also, they are not getting enough sleep because of the problems at work. Finally, unpaid bills are common causes of stress and anxiety.

Risks Associated with Being A SMB Owner

The problem is that the odds are stacked against the budding entrepreneur. A survey by the Small Business Association (SBA) revealed that 3 in 10 of SMBs fold during the first couple of years. Meanwhile, half of the businesses fail within the first five years. Based on the group’s estimates, only a quarter of the businesses will survive through 15 years.

The pressure of keeping the business running exposes the entrepreneur to some risks, including:

The stress and responsibilities will constantly nag at the business owner that it’s almost impossible to function normally. They overlook their families, they ignore their friends, they constantly delay that much-needed vacation and skip family gatherings.

The question, however, is if the problem is so pervasive, why aren’t business owners seeking help for their mental health issues? Wouldn’t it be easier to provide healthcare, such as coverage for Tricare rehab?

There are a number of factors why they overlook mental healthcare:

Watch Out for These Red Flags:

Stress can be a killer but business owners can still do something about their situation before they spiral out of control. The trick is to spot the early warning signs of a mental health issue.

Unfortunately, the stigma associated with mental health issues still exists. Apparently, they have more problems about being branded as “crazy” rather than seeking professional help to properly ensure their mental health. If the pressure and stress prove too much, there’s no harm in trying to defuse the situation. The alternative is to become a walking time bomb that will only result in more damaging consequences for the business. 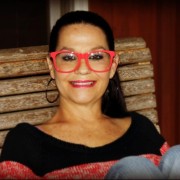 Everything To Know About Potholes and The Damage They Make

Make your home a safer place with security systems

Termite Control: What Homeowners Should Know

Group Health Insurance That Meets All Your Needs

By Sharon Torres
All (6)