1. Manually Operated: This is the traditional mechanism for operating shutters in which the shutters are operated manually with the help of hinges attached to the shutters. The hinges are meant to be pushed upwards for opening the shutters and pulled down for shutting them. These are mainly used where the opening covered with roller shutters is comparatively small. So, these are mostly seen in places like small retail shops or small-scale industries.

2. Automatically Operated: This type of roller shutters has motors connected to them to automize the opening and closing operation. All one needs to do is press a button or a lever to operate the shutter. This type of automated shutters is a must for large shutters and are often seen at places like large-scale industries, huge shops, shopping malls, and other large-scale businesses.

All the commercial places need a roller shutter as it has several advantages that usual doors are unable to provide.

The Following are the Main Reasons for Using Roller Shutters:

As the roller shutters roll up when opened, they do not occupy space, unlike the conventional doors. This saves a lot of space. Also, they do not need more space to open and close. Space is one of the major concerns in any commercial space, this is a huge help. Think of the amount of space one can use for storage that was previously kept free for allowing the movement of a conventional door.

When privacy is mentioned, it means the shutters are shields against noise and light. Any commercial building needs a calm and quiet environment. Also, in the case of industries dealing with intricate designing and operations in which noise can be a disturbance. Commercial roller shutters shield the place from exterior noises. Along with that, they also provide utmost privacy for handling confidential operations as they prevent the noises in the interiors from being heard on the other side of the shutter.

#3. A Shield Against the Effects of Weather:

The commercial roller shutters are made up of extremely durable and have amazing strength. This is the best way to shield commercial spaces from the weather changes and they help you insulate the space and air condition it according to your requirements. You can rest assured of the safety of your goods behind the roller shutters on any stormy or rainy night. The roller shutters protect your commercial spaces from external environment at the same time, ensure that the internal atmosphere is as required by trapping heat or cold waves from the heating or cooling system as needed by you.

The roller shutters are available in various colors and patterns. Also, they can be painted with any desired color. That way you get the best choice that would blend easily with the theme and decor of your establishment with all the protection as well.

These points are the basic utility advantages of commercial roller shutters. They provide everything which usual doors fail to provide and thus, it is an all-in-one solution for security, privacy, protection, and curb appeal. What more could any commercial property owner want from a door? Thus, roller shutters have become so important for any commercial space. 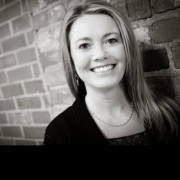 Alyssa Moylan is an ordinary woman from Australia, a writer by day and a reader by night. She writes on various topics like home improvement, business, lifestyle, health, travel and fashion. She likes to think of ways on how to solve daily life problems of people.

4 Ways to Reduce Operating Costs of a Small Business

CAD Software You Should Consider Using

Termite Control: What Homeowners Should Know

Group Health Insurance That Meets All Your Needs

By Alyssa Moylan
All (3)